You Are What You Eat Pre-Production 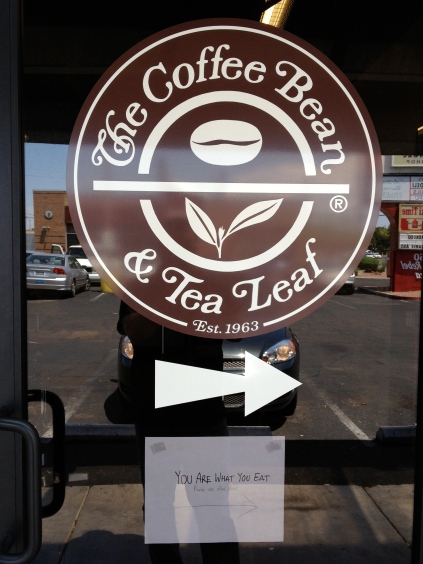 UNLV Coffee Bean, one of two casting locations on You Are What You Eat

Finally, I am finished with the casting process. Auditions took place at the Usr/Lib above The Beat Coffeehouse and at the UNLV Coffee Bean.

Today was the start of pre-production on my comedy short “You Are What You Eat.” It’s a corny comedy about GMOs or Genetically Modified Organisms. I met with our make-up artist, Amanda Martinez, at Star Costume & Theatrical Supply store. I purchased some yellow make-up and looked at some wigs. Then I went to check out some additional wig shops. 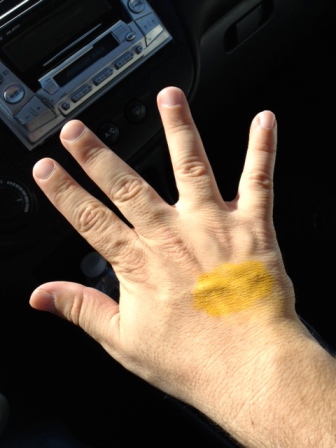 It feels so good to be collecting all the elements for a new short film. My last short, “The Octo Circus” was in 2009. The film was a spoof on the Octo Mom and the pregnant man. What a strange society we live in.

I’m very excited about “You Are What You Eat.” It’s not just a comedy. It shares a message and a warning about the foods we eat. If corporations are going to continue lying to American consumers, we need to take a stand. Foods are not labeled GMO and need to be. We should know what’s in our food.  Genetically modified vegetables such as corn are being re-created with pesticide and being sprayed on top of that. These poisonous large monoculture fields are disrupting bees natural ability to pollinate and survive. Bees are dying off by the millions. People are getting sicker. Cancer is not going away. It seems to be getting worse. Diseases we didn’t hear about growing up like Autism are in the mainstream. GMOs are being banned in numerous countries around the world, but not America. And the bill to protect corporation Monsanto slipped in when no one in congress was looking. Distractions divert our attention in the news away from the truth or bigger more important news items. Why aren’t there new stories about GMOs in the news? Think about who owns the news. People need to get together whether by sharing posts on social media, marching during protests or make the news. Even boycotting corn! I’m directing a short film.

Today also happens to be the day MAM, March Against Monsanto, orgs around the world posted videos representing the May 25th, 2013 march and announcing the next worldwide march October 12th, 2013. Here’s the MAM Las Vegas video from GMO-Free Vegas.

Posted on July 24, 2013, in Filmmaking and tagged GMOs, Las Vegas, make-up, short film, Star Costume & Theatrical Supply, You Are What You Eat. Bookmark the permalink. Leave a comment.